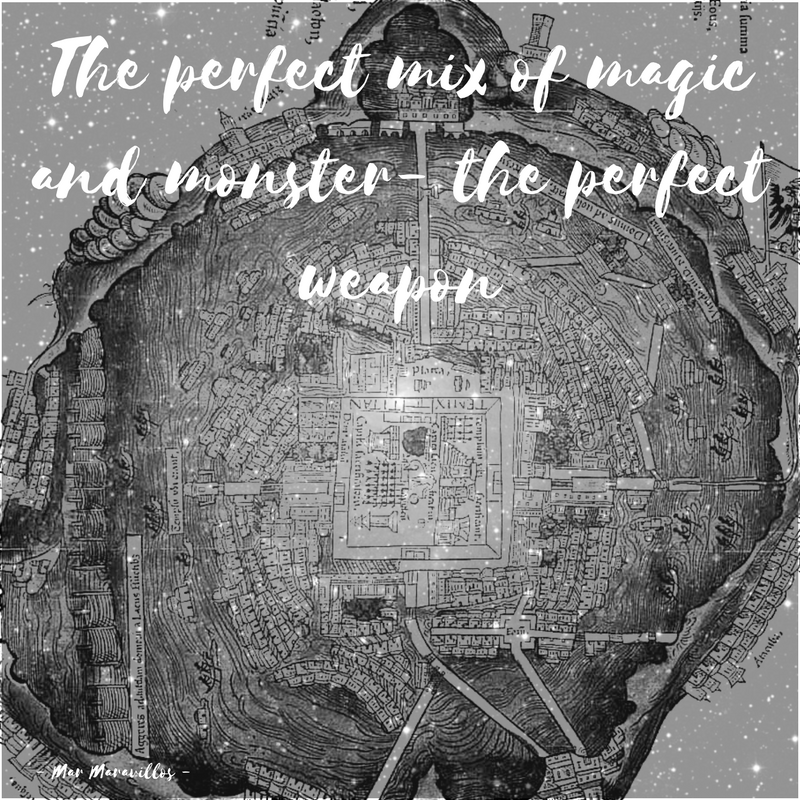 Mitzie stepped up to the ledge of a ten-story building. The light from the city below reflected on Mitzie’s face. Her furrowed eyes looking down to the dark alley below, “What if I just jump and die? And then all of this will be over?” Mitzie began to pace along the ledge, her two long braids swung like arms at her side.

Another woman standing a few steps behind her on the rooftop leaned over the edge and then raised her head to look at Mitzie. Her dark skin shined hues of blue in the light. An annoyed look on her face she said, “Don’t be an idiot, Mitzie. You’ve worked so hard to let your enemy win at this point.”

Mitzie looked toward the sky now and raised her arm toward the stars, “Iris, do you know how much I think of death. His and mine. Death is my reason for living. Death, it’s the only thing that makes sense to me. What kind of life is this?” Dramatics again, Iris thought. Mitzie failed to realize that the war they plotted so carefully was as much Iris’ mission as it was Mitzie. To Iris, Mitzie was a mere pawn in a long game they were about to start.

Iris drew in a deep breath, her frustration starting to show she exclaimed, “Your mother killed! Your brothers and sisters sold into slavery or worse. Your entire peoples desecrated. 500 years of oppression and you’ve haven’t jumped off any ledge, yet!” Iris needed Mitzie to snap out of her hopelessness, “Why end your life now when vengeance is so close,” Iris drew a pack of cigarette from the pocket of her blue coat, she put it between her lips and lit.

Her anger begging to well inside her, “It might be another hundred years before I hold Luke’s cold skull in my hands.” Mitzie clenched her fists and cast a glance coldly toward the east.

Mitzie lifted one foot over the ledge, balancing herself on the heel of one foot. Iris grew serious, “Mitzie, you are the only the one that can do this,” she grabbed at Mities coat. “I have worked too god-damn hard to create you and so many other soldiers to have you disregard my hard work in thi — “ Iris stopped herself. She reminded herself that Mitzie often tested the quality of her comrades in these ways. Was this one of those times?

Mitzie closed her eyes, moved back, and forth on her heels, Iris’ hold on her coat gently tethering her down. “I just want to silence the nightmares echoing in my own head. Death or to be unconscious…I wish I could sleep and never wake up” She pushed back and forth on her heal. Iris decided to call Mitzie’s bluff and let go of her coat.

After years, together Iris grew numb to Mitzie’s erratic nature. Iris knew that Mitzie carried so much guilt, and self-loathing. Mitzie, a monster, created against her will and denied her freedom for so long still had not found a way to forgive herself for all the death she was forced to take part in.

“A fall this high would kill any normal human, but kill you? You’re going to have to fall from a much higher place in order to kill you!” Iris took a drag of her cigarette, “But do whatever the hell you want, I’ll still carry you home if you can’t move.”

Mitzie wanted to laugh. They were so close to killing Luke and his “Hamioteo” world order, she wouldn’t stop now. Regardless, no fallen soldier would stop Iris, this comforted Mitzie.

Iris took one last inhale of her cigarette and put it out. “So tell me about this girl you found,” Iris shook off the tension and started at the true reason for their meeting.

Instantly Mitzie’s mood changed. A coy grin on her face she gloated, “She’s the one Iris. I swear it this time. Her bloodline is impeccable and she doesn’t even know it. She is eager to turn, to be ‘like me’. I want to bring her to you soon.”

“I swear if she’s another weakling that can’t handle my training I will have to pick your host myself.” Iris searched Mitzie’s face for any signs of doubt.

Mitzie chuckled thinking of all the arguments she dragged Cristy out off, “Oh, she’s not weak. A little short-tempered but that will change.” Cristy was Mitzie’s host, her human companion that provided her with the blood necessary for survival. Mitzie was sure that Cristy was special. Cristy’s blood reeked of a long line of sorcerers, a magic foreign to her but essential to Iris’ plan.

Iris resisted the urge to push for more information about the girl. Between moments of recklessness, Mitzie had moments of brilliance. Iris learned to trust Mitzie’s gut more and more as their army grew.

“You better be right Mitzie. We’re running out of time, everything is ready except our…weapon” Iris wish there were another word for what the girl would become.

Cristy was the one piece missing from their plan. The perfect mix of magic and monster- the perfect weapon against the Hamioteo Vampires. If she were successful, Cristy would become a Vampire with all the powers of a sorceress. Mitzie had been Iris’s first attempt to create this. But with so many years as a ruthless killer, Mitzie had lost too much of her humanity, her natural magic. Mitzie’s ability had limits.

Only a pure vampire could accomplish this — someone who had not killed for pleasure. They hoped Cristy would be their success and their most powerful arm against the Hamioteo.

“Will you fight when she is taken from you?” Finally, iris asked the question that still cast doubt on their plan.

“Taken? Do you think the Hamioteo know of her!” Mitzie lip curled up in anger.

Mitzie’s eyes widened at those words being spoken out loud, “Don’t you think I know that.” Mitzie gripped her fits and avoided Iris’ knowing look and smirk.

“She has served you well but she will belong to this cause.” Iris knew that this would be hard for Mitzie. Part of Mitzie’s humanization meant that she changed her relationship to human hosts. Mitzie began to love her hosts, something that rarely happened to Vampires. It was necessary for Mitzie to love her hosts in order to gain humanity and power.

“I notice more humanity in your eyes when you speak of her.” Iris lamented then turned to walk away. Pausing for a second she ordered, “You must find another host.” Her dark brown skin iridescent in the moonlight as she walked away.

Mitzie stood for a minute pushing back and forth from the edge of the building. For a moment, she regretted having found her messiah. Mitzie sighed, bent her knees and jumped off the ledge. She glided like a bird through the air and landed in the shadows of the adjacent building. No, a vampire like her would never fall from any height.

Iris looked down until she couldn’t see Mitzie. “We’re counting on you, Mitzie.”

This is a text widget, which allows you to add text or HTML to your sidebar. You can use them to display text, links, images, HTML, or a combination of these. Edit them in the Widget section of the Customizer.